Have you ever pondered the idea that green is an unlucky colour? I first heard it years ago from a babbling sports-caster, referring to green racing cars. It was one of those lines that just defecate out of these commentators as if slender moments of quiet lead audiences to distraction and end in a docked pay-check. I guess there’s a sub-class of broadcasters who never fully appreciated the transition from radio to TV. Do you mind if I call you Muhammad? Considering you’re in heaven now I’m sure we can be more relaxed with protocol.

Some time after hearing about it being an unlucky colour for racing cars, I learned there’s a general superstition about the colour green. I’m a bit skeptical. From the evidence I’ve gathered, green might be unlucky for some people, but there’s equally enough evidence that it’s lucky for others.

The luckiness or otherwise of green is a particularly salient question at the moment, with Australia competing at the Olympics in Rio. Our national colours reflect the green and gold of the wattle, our national emblem. At recent Olympics, inspired by an eternally over-optimistic Australian media, both the team and the populace have been left feeling despondently under-endowed with gold. Muhammad, as an Olympian with an extraordinary tale to tell about your own gold medal (even by Olympic standards), I’m sure you can appreciate how emotive this can be for some people. 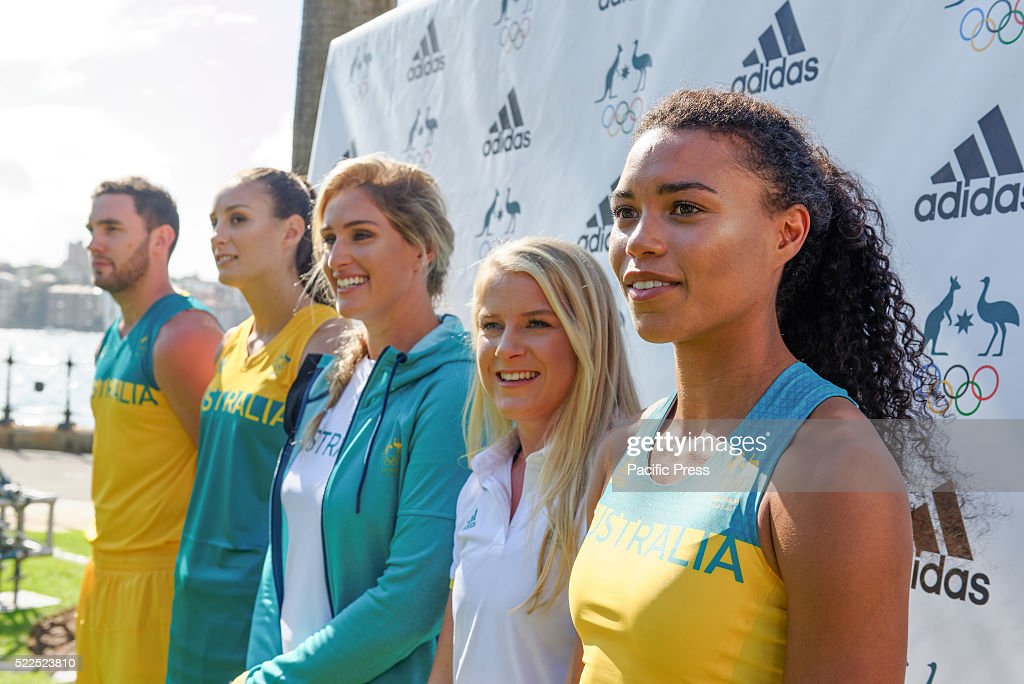 Could these be the unluckiest athletes in Rio?

I’ve observed that most Aussie team uniforms are predominantly gold, with little more than highlights in green. Perhaps what’s needed is to shift the balance in athletes’ attire toward green, thus conjuring a greater amount of inward bound gold due to the tendency for equilibrium in the natural order of things.

It’s worth remembering that green and gold only became Australia’s official national colours in 1984. Blue and gold was one alternative under consideration at the time. If, with objective, evidence based, peer reviewed science we could prove a converse relationship between green and luck, then I’d say there’s a case for revisiting that decision. It’s a matter of personal preference I know, but I think blue and gold are a more fetching combination. I won’t let that smoke my objectivity.

I don’t know the origins of the superstition as it pertains to green racing cars. The Bentleys of the 1920s and 30s and the Jaguars of the 1950s and 60s are most 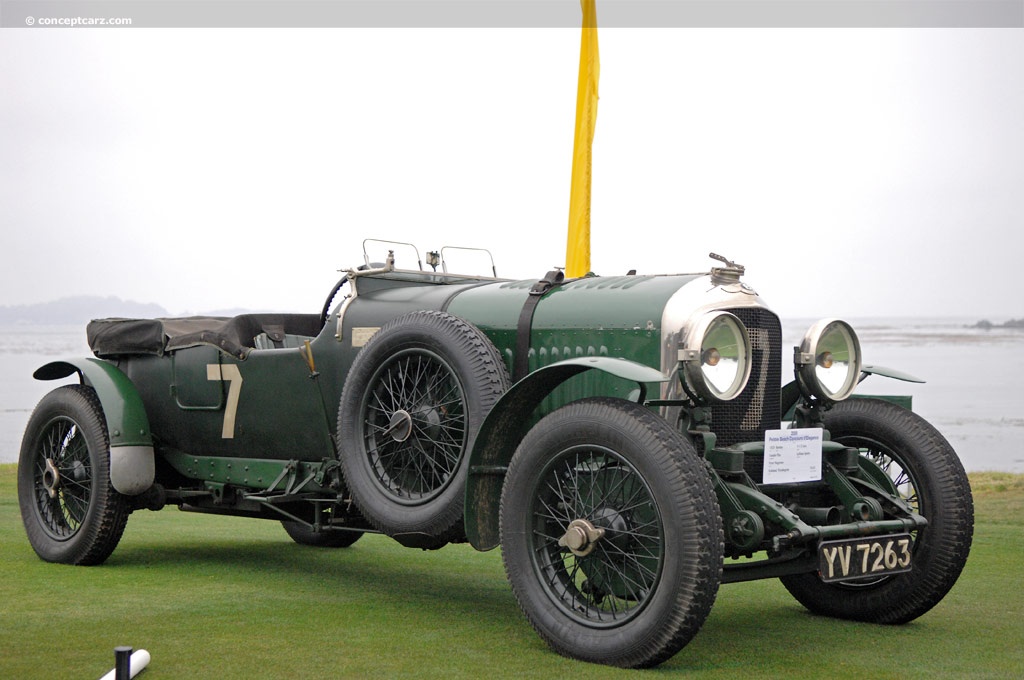 Personally, I’d feel lucky with a 1927 Bentley parked in the driveway.

often associated with a shade of green peculiarly attributed to the British, and both marques enjoyed long periods of domination over the competition. As did Mercedes, yet their silver cars ultimately had the worst luck in motor racing history, crashing at the 1955 Le Mans and killing 83 spectators and driver, Pierre Levegh, and injuring many more. Mercedes gave racing away for decades after that.

Dick Johnson’s crash during the top-ten shootout the day before Bathurst 1983 would support the proposition that green race cars are bad luck. Johnson’s major sponsor back then was our lately retired statesman, Ross Palmer. Johnson’s cars were liveried to spruik Palmer Tube Mills trade-marks. Thus you had Tru-Blu through 80-82, and Greens-Tuf in 83-84. 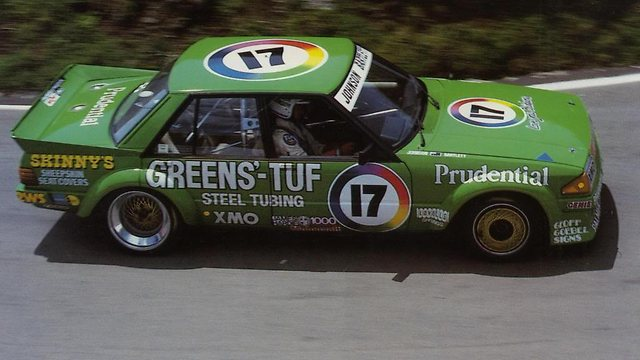 Though externally and mechanically similar to the XD Falcon that preceded it, in which Johnson had won Bathurst in 1981, the XE Falcon of 1982-1984 brought one major technological advance. The origins of the XD’s leaf-spring rear suspension could be traced to horse-drawn carriages, so the XE’s new trailing arm suspension with watt’s linkages represented generational change. I won’t bore you with the engineering principles. Suffice to say that the physics are sound. In the mum and dad road car it really did result in better ride, handling and endurance – although the overuse of these terms by marketeers makes it easy to overlook. Of course, independent rear suspension, which is current orthodoxy, was still a long way off.

The bright, titanic, Greens-Tuf Falcon handled a bit ‘taily’ during Johnson’s 1983 hot lap. Johnson clipped the wall coming out of Forrest’s Elbow and a tonne and-a-half of Kermit-green horsepower hopscotched, tumbling into the trees and landing in a tangled wreck.

Johnson acquired a replacement car from a back-of-the-grid amateur racer, who in those days could still enter the Bathurst race (much to the irritation of some professionals, most vociferously, Johnson), and his mechanics battled to put years of development work into it overnight. Local TAFE apprentices squirted the now iconic Greens-Tuf livery onto it, and Johnson was miraculously on the grid for the start of the race. I always have this image of a pit-crew dude with green paint-splotches on his palms after pushing the tacky car out of the shed, though that again is borrowed from the imagination of one of those commentators who wittily invented it to evade silence.

Johnson himself bemoaned the lack of downforce provided by Ford’s homologated rear spoiler design. Whether it was that, Muhammad, or the lead time in coming to grips with a whole new suspension, don’t you think a technical explanation would be at least as likely as the colour of the paintwork? Not to mention human error and human imperfection.

In his Greens-Tuf livery, Johnson went on to win the Australian Touring Car Championship in 1984. His unluckiest Bathurst was undoubtedly 1980, when he qualified in pole position, but his Tru-Blu Falcon crashed early in the race after hitting a rock, thrown on the track by one of the lobotomised spectators who dominate the sport’s fan-base.

Muhammad, though you declared it yourself, many would agree you indeed have good claim to be considered the greatest in your sport. To my knowledge you never wore green trunks. You almost invariably wore white trunks with a black stripe. The notable exception was your fight with Joe Frazier, forty-five years ago this month, when you wore red crushed velvet trunks with white stripes. Frazier wore his signature green trunks, and for that fight, which has gone down in posterity as ‘The Fight of the Century’, Frazier’s green trunks were especially lush, with gold stripes, and a gold floral pattern which looked almost leopard-skin in effect. You and Frazier went fifteen rounds, and Frazier won on points.  If we asked Joe Frazier, who for convenience we’ll say is also in heaven, I bet he’d say green was his good luck colour.

This is where it gets complicated, because you fought Frazier three times. For your 1974 bout at New York’s Madison Square Garden, you were back in your white trunks with black stripes, whereas Frazier had forsaken his green trunks for white, with flamboyant zig-zagged patterned openings over the thigh.  Muhammad, you won on points after 12 rounds.

To summarise: in 1971 Frazier wore his signature green, you went red with white instead of your favoured white with black, Frazier won. In 1974 Frazier experimented with non-green trunks, you wore your white with black, you won. It’s tempting to conclude at this point that we each have our own lucky colour.

Finally we arrive at the ‘Thrilla in Manilla’ in 1975, your third and final confrontation with Smokin’ Joe Frazier. Importantly, for this bout, you appeared in your regular white trunks, and Frazier in his regular green.

You went out like a wrecking ball in the first few rounds, capitalising on Frazier’s reputation for being slow to get his mojo. Then you settled into your rope-a-dope strategy, leaning right back on the ropes and defending, for your opponent to tire himself taking shots. Like some American ballet, this oddly complemented the Frazier camp’s tactic to work on disabling your body. Despite both stratagems, in round 6 you took a succession of lethal right hooks to the head that would’ve ended any other fight. Though you remained standing, people there said you went visibly stiff, as though mildly paralysed.

With your lungs and your skin broiling in the Quezon tropics, you and Frazier tussled savagely for 14 rounds, before the damage you’d inflicted in the first 3 finally stopped him. With his face a fluid-filled vacuum-pack, poor Joe could no longer see out either of his eyes. With Joe now a hundred kilogram slab of meat, trainer Eddie Futch stopped it before you took the ring for the final round. You’d defended your title with a technical knock-out.

You and Joe Frazier had finally met in your respective colours. That day though, Muhammad Ali, I don’t think was lucky for either of you. 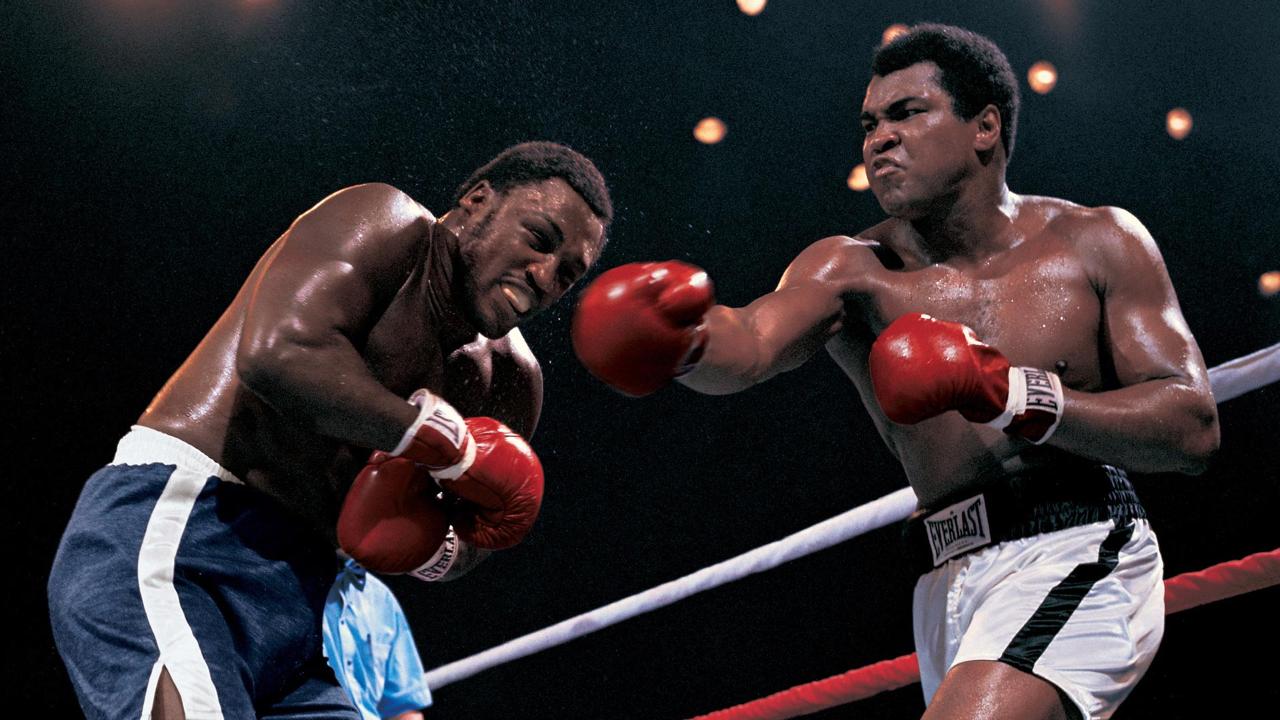