When Ken Ross graduated from the Advanced Flying Unit at Shawbury, England in early 1943, the war effort’s most pressing need wasn’t for frontline combat pilots. Above average flyers, Ken and his mate Bob Thorn were posted to Montrose, Scotland to become flying instructors. It had been almost two years since he’d entered initial training at Sandgate near Brisbane and the events which had brought him this far make quite a story. That’s just when the story hots up though, as Ken spent the rest of the War stationed throughout Britain training mostly Australian pilots.

In January 2011 I was introduced to Ken Ross on the occasion of his 95th birthday. Ken served as a RAAF pilot trainer during World War II.  I was introduced to Ken by my good friend Oriana Kaminski who knew that I had some interest in the aircraft of the period, having worked as a volunteer assisting in the curation of the Camden Museum of Aviation. The CMA represents the private collection of Harold Thomas who worked as an aircraft engineer at Charles Kingsford Smith’s original Australian National Airways, at De Havilland and for many years as a senior trainer at TAFE. Harold was also the grandfather of Donna Liver and Kristina Devlin who have been my friends since High School. My own Great-uncle Maurice MacNamara had a long career as an aircraft maintenance engineer that took him to United Airlines in the US, where he lives to this day.

Ken’s memory was fading but each time I visited came some little gem to add humanity to the events of those days. Oriana Kaminski took recordings of Ken speaking and as I listened to them I realised they were the kernel of an oral history. Sadly Ken deteriorated in the few months I knew him and the opportunity to do a proper oral history with him had passed. It brought home to me that the days are quickly disappearing when we can gather these first-hand accounts from those who lived through the tumult of the 1940s. What we do have however is Ken’s memoirs which he thankfully wrote down in the 1990s, and it covers not only his wartime experiences but the life of a man who had quite a story to tell.

Ken’s memoirs provide a unique perspective on WWII aviation as a student and then an instructor inside the Empire Air Training Scheme. They touch upon the momentous events of the day and how they affected people. His travels bring him across some interesting and well known characters like fellow pilot Keith Miller who in those days had no more than a reputation as ‘a very good cricketer’, and Cliff Kingsford-Smith, nephew of our most famous aviator. The most wonderful character to shine humbly through these pages though is Ken himself. The Ross family have provided a number of photographs from the period. 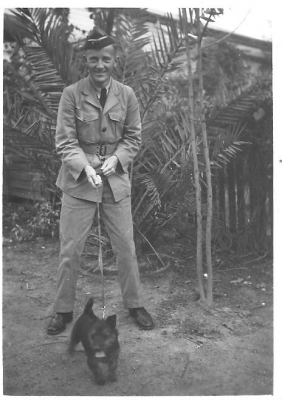 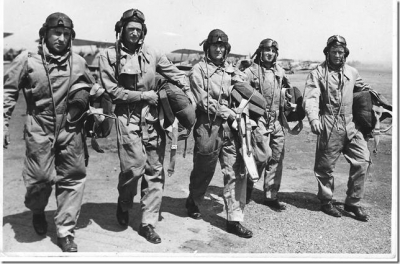 During four years in the RAAF Ken flew a variety of aircraft, from the ubiquitous DH 82 and the DH 60, to the Avro Anson, Airspeed Oxford, Bristol Blenheim, and the aircraft that gave Ken most pride – the Mosquito. His experiences dovetail nicely into the collection at the CMA.
Ken died on 29 June 2011. At his funeral a former navigator commented that Ken had been the best flyer he had ever known. Remarkably after he’d done his duty Ken never flew again. 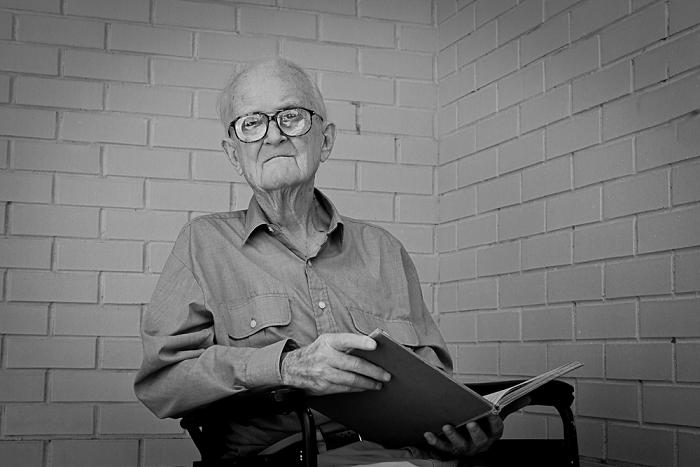 With the permission of the Ross family, please enjoy Ken Ross’s memoirs – This is My Life