Part of the photo essay – On the Trail of William Adams.

“Adams, now very successful in his role as diplomatic counselor to Ieyasu, established a home near Nihombashi of Edo, and began to be called “The Blue-Eyed Samurai.” His fiefdom was called Hemi, a village with 90 houses and a rice production sometimes said to be 220 and sometimes 250 koku. Upon receiving this gift, the “Blue-Eyed Samurai” took an official new name: with “Miura,” for the Miura Peninsula, as his last name and “Anjin,” meaning “pilot,” as his first name, he became “Miura Anjin.” – ‘William Adams and Yokosuka’, Yokosuka City Museum.

William Adams's home in Edo was here in Nihombashi in modern day Tokyo. 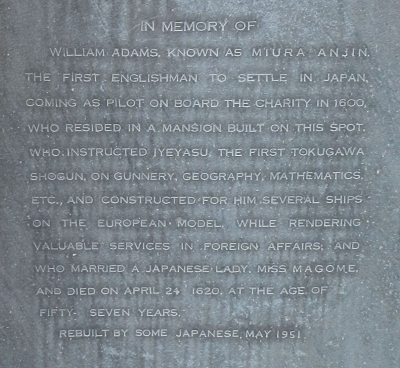 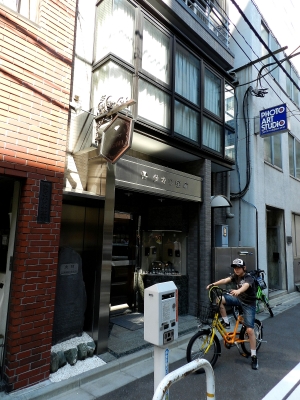 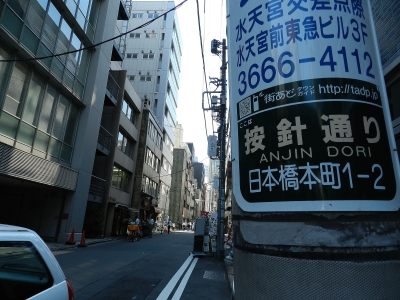 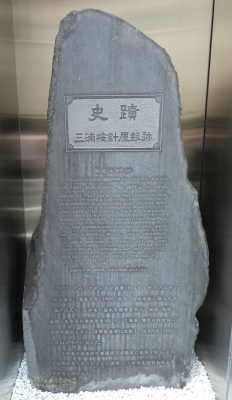