Today’s my last day after 18 years in the service of Her Majesty and the State of New South Wales. I’m very proud to have been part of an organisation responsible for the protection, preservation and promotion of our natural environment and the historic and cultural heritage of NSW including our Aboriginal heritage, and which contributes greatly to the science of our living world. I started with the National Parks & Wildlife Service on a Monday in early December 2000 after moving into a new home the previous Friday and welcoming my wife Chizuru and baby Bryce on the Saturday from Japan. NPWS merged with several agencies in 2003 to form the then Department of Environment and Conservation and I worked in that environment portfolio through it’s various iterations, currently operating under the banner of the Office of Environment and Heritage.

In August 1996 I joined the Legal Aid Commission of NSW, initially in the Mental Health Advocacy Service, a team protecting the legal rights and assuring the State’s responsibilities toward probably our most vulnerable citizens. At the same office we also ran the Child Support Service, integral to a legal system which endeavored to ensure that single parents aren’t left with the sole financial burden of raising children, simply that both parents take responsibility. I worked for some time in Civil Law Referrals who, among other things, at the time ensured that victims of crime could be compensated even if they weren’t wealthy enough to afford a lawyer. For a short period in 1995 I’d also worked for the NSW Legislative Assembly in the office of Hon. Grant McBride MLA who would go on to become a Minister in the Carr Government.

Eighteen years is a big chunk of anyone’s life but I have no regrets about leaving it behind. It’s time to grow in another direction. 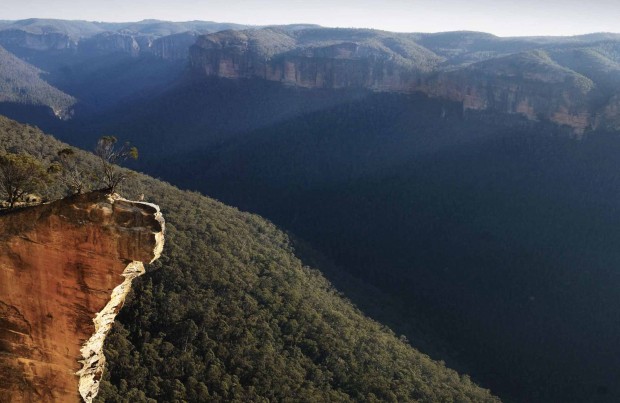 Hanging Rock within the World Heritage listed Blue Mountains National Park. For five years this was part of my territory as a Metropolitan IT Officer within the Environment and Heritage portfolio.