Hatsue Yamaguchi says that people have changed since the Tohoku earthquake and tsunami of March 11 this year. I don’t know in exactly what way she means but I heard reference to more people getting married now, something about ‘having someone’. Chizuru says she doesn’t detect this subtle change her mum refers to, and I’m not sure. I think I sense a sobriety among the Japanese that wasn’t there before. Perhaps the memory is still fresh enough of the magnitude 9.0 earthquake, of the suffering wreaked by the tsunami, the multiple magnitude 7plus quakes that followed, and the ongoing anxiety about what that radiation emanating from Fukushima really means.

The first physical sign I saw of the big quake was during a visit to Tokyo Disney. The pavement outside Maihama Station is up and down all over the place and the surface is a patchwork of temporary bitumen and the concrete paving tiles that once covered the area. The ground has dipped away heavily in between pylons and climbs upward around the foundations on which the pylons sit. The overall structure of large buildings and elevated train lines remained sound while the earth fell away around them.

Six months after the quake the television news still runs fresh stories about homes that have been shifted as the ground beneath them opened up. Again, homes themselves may be whole and intact, quite a contrast from the photos I saw out of Christchurch where like Australia brick-veneer is the norm and earthquakes bust them apart.

I watched a television programme the other day in which a guy climbed to various elevations on a Tohoku mountainside. He pointed out rock strata that had formed hundreds of millions of years ago and where they’d crumbled during the quake. In Australia after the Queensland floods this year, as tragic and heartbreaking as they were, insurance companies quibbled over the term “once in a hundred year event”, but such a distinction would sound absurd alongside “once in the history of the Earth” events – rock that was formed at the beginning of the Earth suddenly cracked into pieces.

Each day he Japan Times publishes a map on which concentric circles signify recorded radiation levels at intervals of distance around Fukushima. At the Iwate village office 40km Northwest of Fukushima radiation levels fluctuate around 2.040 to 2.090 microsieverts per hour while down in Tokyo readings are around 0.053 to 0.058. I’ve tried to compare this to normal Sydney levels but the information I’ve found doesn’t add up. In Sydney we’re apparently exposed to 2 millisieverts or 2,000 microsieverts per year. A quick calculation puts that at 0.228 microsieverts per hour or four times as much as currently experienced in Tokyo.

Last Friday controversially the exclusion zone outside the 20km radius of Fukushima was lifted. The five local municipal governments in the area are not supportive, not so much out of concern for the ongoing radiation levels out of the Fukushima plant but due to the complications this creates for their decontamination planning. Radioactive topsoil and vegetation measuring 28,790,000 cubic metres for example needs to be removed. Exactly what’s to be done with this radioactive soil is unclear.

Every day brings new reports about TEPCO’s ongoing struggle. The compensation bill is expected to be in the region of ¥4 trillion or about A$53.5 billion. The company hopes to be able to re-open its Kashiwazaki-Kariwa nuclear plant in Niigata prefecture to avoid slipping into negative net worth. However it appears much of the compensation bill will be underwritten by an already financially beleaguered Japanese government. Cancelling the company’s debt had been mooted and rejected. The company itself is talking about taking measures such as trimming an apparently top-heavy personnel structure and reducing the company pensions of both current and former employees. There’s talk of executives heads rolling but it’s hard to imagine what that will achieve when the problem is probably the result of engineering decisions made almost half a century ago.

Chizuru related to me a story from a local women’s magazine about differing views on the radiation risk. In a number of households mother and children have moved to the deep South of the country, in particular Okinawa, while dad remains in Tokyo or in the North for work. There are those apparently who think separating the family in such a way is an over-reaction, and there are those who can’t believe that others would put their children at such risk being so close to the radioactivity.

Today I read that 130 children from the Fukushima prefecture evacuation zone had been screened and 10 of them found to have irregular thyroids.

We also noticed the air-conditioning is turned down on trains and in other locations compared to how it once was. Fukushima is not the only power plant non-operational after the quake so electricity consumption has been curtailed.

In general people are sceptical about the Government’s and the Company’s reassurances. Since March I’ve found particularly striking the mistrust toward the authorities on the matter. 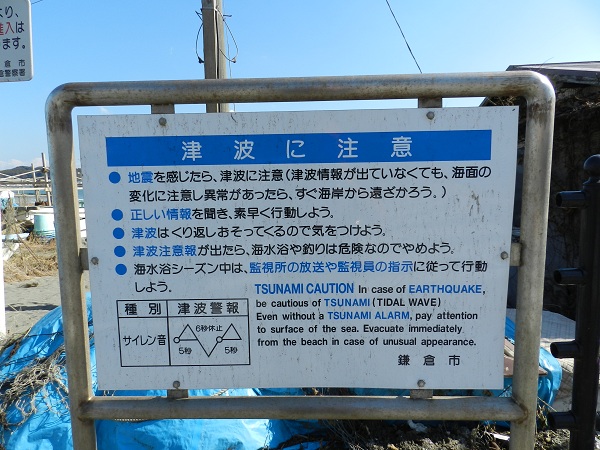 Stories about alternative and renewable energy sources figure more prominently in the Japanese media than back home in Australia. Wind power is complicated by the fact the best locations sit on the West coast. The national electricity grid developed along the higher populated Eastern seaboard and on the basis of fossil fuel and nuclear power generation, and the companies involved in those industries have been protective. In order to take advantage of the better areas for wind generation substantial expensive reconfiguration of the grid is required. Also these better locations for wind generation often sit within wilderness areas adding all sorts of considerations, such as the effect on migratory birds. An interesting proposition is to develope technology for offshore wind power generation. Wind generation is set to expand, but even those spruiking it are talking about it supplying no more than 10% of the national requirement by mid century.

Every day there’s a story or more about some renewable energy source or another. Small localised hydro and thermal power generation success stories exist. Bryce went to a museum for the Japanese space programme and he detected sensitivity about their validity as an expensive service in a cash-strapped environment. They were at pains to point out their role in putting satellites in space that provide excellent foresight on weather. No mention of pioneering missions to Mars – the big pitch is the possibility of extraterrestrial solar power generation!

Like the announcement by Germany after the Tohoku earthquate and tsunami that they would be abandoning nuclear energy altogether, I find this all somehow heartening. No runs are on the board yet but it means there’s been a fundamental shift where it matters and national resources will be put into the development of newer cleaner energy sources. In nowhere is it more demonstrably needed than in Japan. While the most carbon intensive culture is said to belong to Australia and the US I can’t imagine a place more attuned to consumption than Japan. This country is a striking mixture of the old and the new, and in twenty years of association with the place I’ve come to the conclusion this is an outcome of a culture that has developed over millenia in an environment susceptible to constant destruction through typhoon and earthquake, and thus accustomed to constant renewal. At the same time obviously it is a culture with an extraordinary reverence and continuity with its past – a theme I’m enjoying exploring here currently and will share on this blog in the near future.

Toilet seats are still heated. Umbrellas, pushbikes, mobile phones and even cheap motorcycles are still treated like disposable consumer items in the way that spring water bottles are in Australia. Sobriety maybe, but austerity, no I don’t think so. Hatsue thinks in time things will get back to the way they were. Again, I’m not sure but I’m also not sure I would mind if they didn’t.